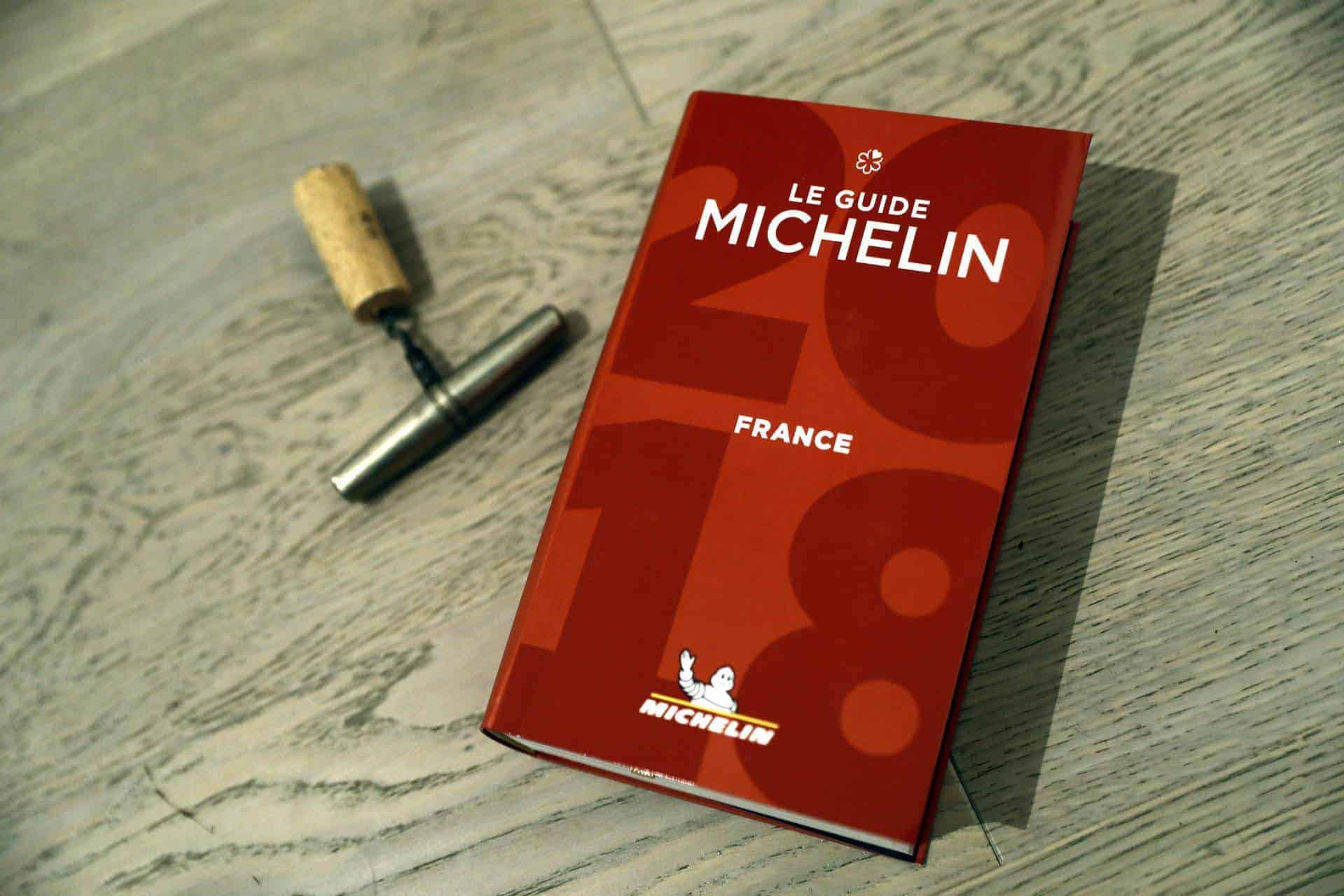 The famous Michelin guide revealed its winners of 2018 on Monday 5 February.
28 three stars, 85 two stars and more than 500 one star are part of the select list of the red cover guide. 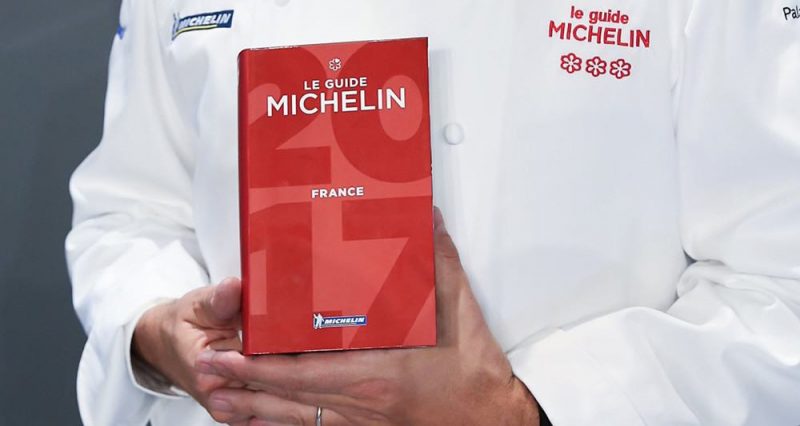 Two new 3 stars
The restaurants of chef Marc Veyrat, La Maison des Bois in Manigod (Haute-Savoie) and the hotel Castellet in the Var, received three stars in the 2018 edition of the Michelin France guide. The red guide revealed his selection at a press conference at the Musical Seine house in Boulogne-Billancourt, Paris’s upscale suburb.

Marc Veyrat, 67, known for his black hat and his work with wild herbs, receives for the third time the supreme award of the Michelin Guide, which also crowns the Mediterranean cuisine of Christophe Bacquié, 45, in front of the restaurant of the same name doubly starring since 2010. 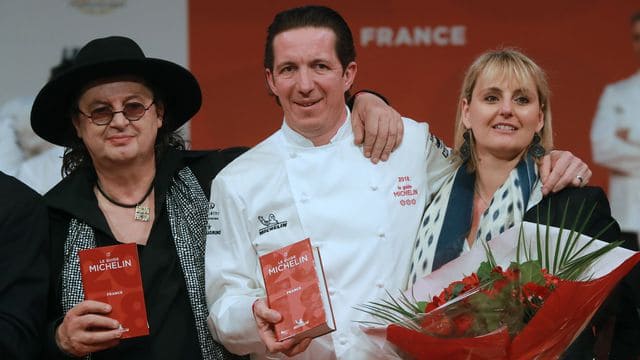 With these two houses, the very select club of three-star restaurants has now 28 members, following the unprecedented withdrawal of the restaurant Le Suquet in Laguiole at the request of its chef, Sébastien Bras. Such a request, made by a chef of great caliber, caught the board of the Michelin Guide by surprise.

Tribute to Bocuse
The 2018 Michelin Guide, which also features five new two-star tables and 50 new one-star restaurants, highlights the southeastern region of the country as well as the Japanese chefs. As usual with the red guide, in 2018 women are almost absent. In this edition, whose godmother is Anne-Sophie Pic, the only woman in front of a three-star restaurant in France, the two women who joined the podium were rewarded as a couple.

Fifteen days after the death of the “pope” of gastronomy Paul Bocuse, who reigned at his three-star table for more than half a century, a record, the 200 chefs invited to the awards ceremony, greeted his memory with a standing ovation. 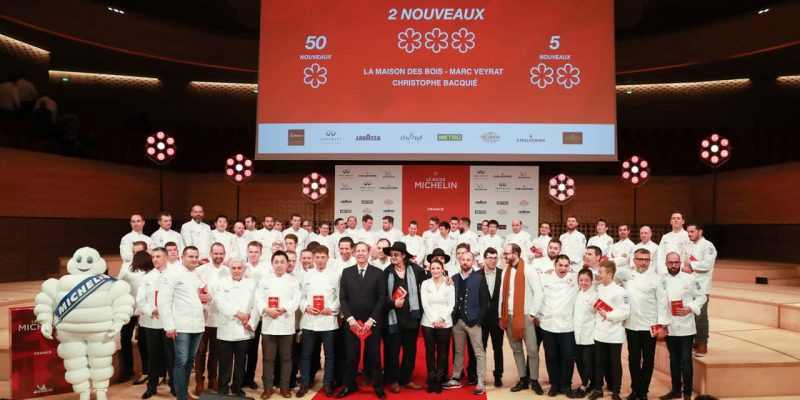 Japanese make it beautiful
Japanese chefs confirm their success in French cuisine. Two restaurants were awarded 2 Michelin stars: the Au 14 Février restaurant of Masafumi Hamano in Saint-Amour-Bellevue (Saone et Loire) and the table of Takao Takano in Lyon. And three restaurants received 1 star: Takashi Kinoshita (Château de Courban) in Côte-d’Or, and in Paris, both Ryunosuke Naito (Pertinence) – who team up with his wife Kwen Liew – and his compatriot Takayuki Nameura (Monteé) .

In Paris, other chefs of foreign origin were also recognized by the guide such as the Lebanese Alan Geaam, the Danish Andreas Moller (Copenhagen), the Greek Andreas Mavrommatis and the Canadian Noam Gedalof (Comice).

The youngest French chefs to win the honors in this edition of the Michelin Guide 2018 were Anthony Lumet (Le Pousse Pied, La Tranche-sur-Mer, Vendée) and Guillaume Mombroise, (Sept to Toulouse) who obtained a first star at 27 years. They are part of the 508 starred tables out of a total of 621 tables awarded. The guide begins to be sold all over the world from Friday 9th February.

Updated list with all the Michelin restaurants in France. 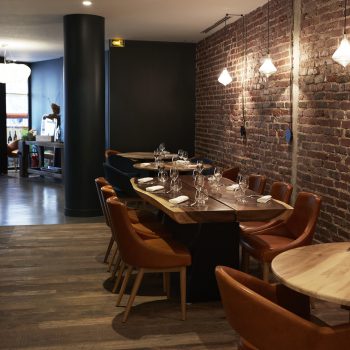 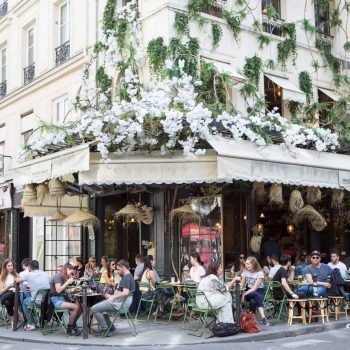 5 of the most blooming cafes in Paris. 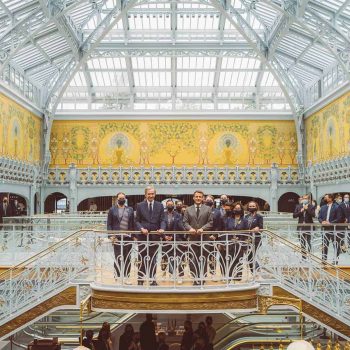